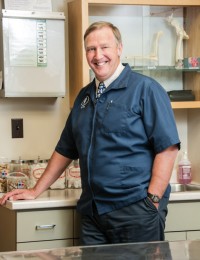 Dr. Craig was born and raised in Sault Ste. Marie. After graduating from Bawating he entered the Canadian Forces where he graduated from College Militare Royal in St. Jean, Quebec.

When taking his first dog, a border collie named Scamp, to the veterinarian and obedience trialing her (obtained an OTCH Championship) he realized he wanted to pursue his dream of being a veterinarian. After graduating from Ontario Veterinary College in 1994 he spent his first few years in practice in Sudbury before having the opportunity to return home.

Dr. Craig believes in taking an integrative approach to medicine. He uses the best that Western science has to offer and combines ancient Eastern principles and therapies in order to achieve the best possible recommendations for his patients. In 2009 Dr. Craig was trained in Eastern Medicine at the Chi Institute in Reddick, Florida where he became a certified acupuncturist in December of that same year.

He spent 12 years on the Sault Ste. Marie Humane Society Board of  Directors on which he served in various positions, finally retiring as the Vice President.  Dr. Craig is presently on the Board of Directors of the Owl Foundation in Vineland Ontario.

Dr. Craig has a love of big birds; owls, hawks, eagles, and falcons. He obtained his Wildlife Certificate in 1998. Since then he has spent much of his spare time learning how to maintain and rehabilitate birds of prey for a successful return to the wild. 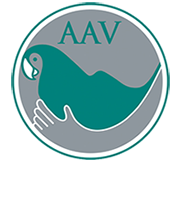 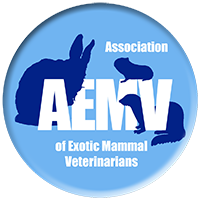 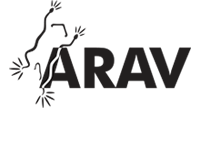